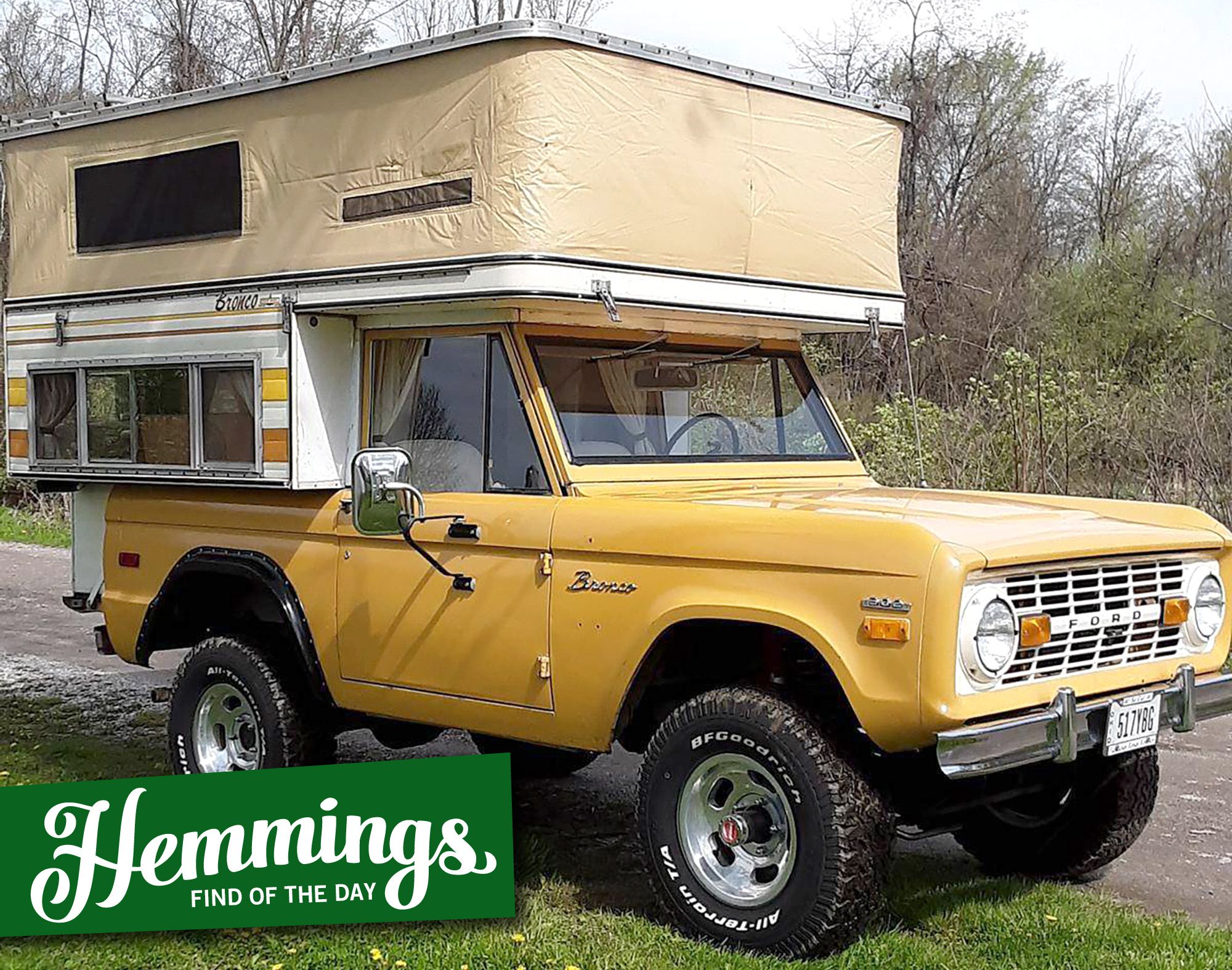 The 2019 SEMA show is a awash in Ford Broncos. Restored, lifted, modified – whatever the flavor, they’re as ubiquitous as flat-rimmed baseball hats in the halls of the Las Vegas Convention Center. So, when Ford shows off Jay Leno’s personal 1968 Ford Bronco, front and center in it’s booth, it must mean the Bronco is played out, right? No, it turns out, not at all. Leno’s Bronco is not only an exercise in tasteful restraint, it’s packing some serious power under the hood. Not bad for a truck once owned by Danny Bonaduce. 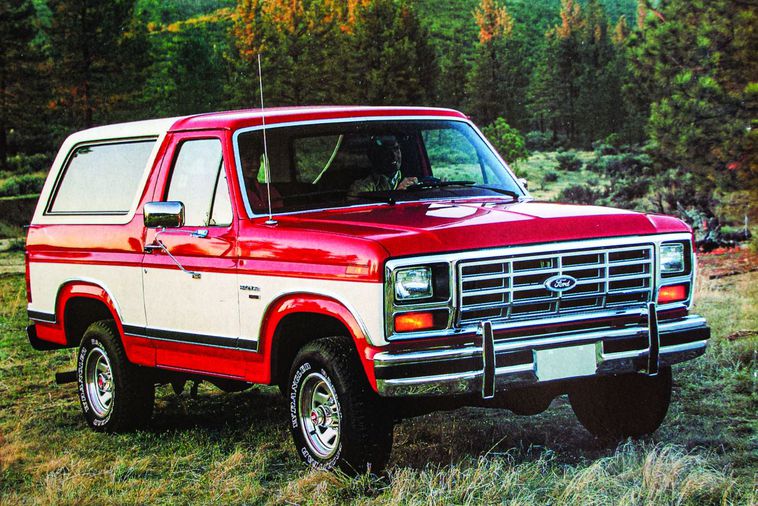 By Mike McNessor from July 2020 issue of Hemmings Classic Car

Ford’s squared-off, first-generation Broncos are hot today but, by the early 1970s, they’d lost their edge. The all-new 1973 Chevrolet Blazer, which was larger and more luxurious than the original Bronco, found 44,841 buyers in its debut year, versus 21,894 for the Ford. By 1976, Blazer production soared to 74,389 while Dearborn made just 13,265 Broncos.

My old cars and trucks keep me on my toes. They keep me grounded in an automotive world that I control and enjoy. Will I be able to drive them forever? Who knows? What I do know is that for now, I plan on putting as many miles on my classic dailies as I possibly can because I fear that one day, driving old cars as a main form of transportation will be a thing of the past. I’m simply not ready for that.

Forget about these so-called truck wars. That’s okay, now that the new Ford Bronco is here, the Michigan-built off-roader is set to encroach on the Ohio-built Jeep Wrangler and its well-earned seat on the off-road throne. It’ll be some time before we can settle this score on the battlefield.

We have a new Page on This

Our Company goal is to purchase one of These when they are available.

We have a 1990 Bronco II already which is a project to need a new restoration.

The Bronco Ranger was a trim package first offered in 1972 as an upgrade to the Bronco Sport package.

Like the Sport, the Ranger was and appearance upgrade only. Rangers could be ordered with the same engines, axles, transmission and other mechanical options found on other Broncos of that year.

The Bronco Explorer trim package was first offered in 1972, the same year as the Ranger package. Like the Sport and Ranger, the Explorer was an appearance package only and didn’t involve any mechanical upgrades or performance parts. The Explorer was available in two color schemes; Blue Metallic and Copper Metallic.

In addition to the special exterior paint, the Explorer package included side body striping, hood striping and a spare tire carrier with vinyl EXPLORER tire cover. Matching interior appointments including door panels, vinyl seats with cloth inserts and floor mats. There many of these Broncos in Clubs

The most common trim package you’ll see on an early Bronco is the Sport. It was offered starting in 1967 so had a longer run then the other trim packages like the Bronco Ranger and Bronco Explorer. Think of the Sport as the base package that other trim packages used to add on to. The true “base” of course was no trim package at all, but the Sport was the most common.
The Sport was an aesthetic package and had nothing to do with performance. It consisted of a lot of “bright” parts, which is what Ford literature used to describe chrome.

Do NOT follow this link or you will be banned from the site!
Go to mobile version